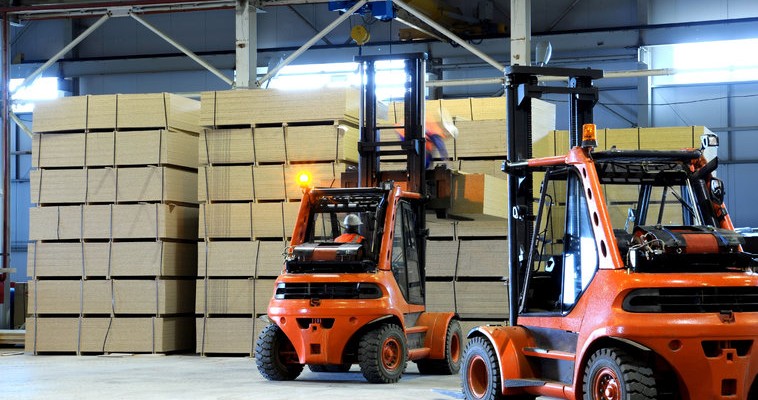 One of the most deceptively dangerous industrial tools ever invented is the forklift. They deal with very heavy loads and they’re incredibly heavy themselves in order to counterbalance those loads. They’re also powered by diesel motors and human beings – which is a recipe for eventual disaster.

There are countless horror stories about forklifts in the workplace. We’re going to check some of them out today and try to figure out what went wrong, and how proper safety policies and training could have prevented them.

This one is probably the most terrifying forklift video I’ve ever watched. It takes place in a warehouse full of vodka…in Russia. Supposedly, the driver escaped with nothing more than a few scratches and the inability to pass a breathalyzer for at least two months. In the video, the driver reverses the lift and, instead of hitting the brakes like he meant to, hits the gas instead. What follows is something that previously only took place in the nightmares of warehouse workers around the world. The problem I see here is that this area of warehouse is too small, and apparently too fragile, for big diesel powered lift trucks. One small misstep, as seen in the video, and you’re looking at hundreds of thousands of dollars in damages and lost product. If the company had a better safety policy in place and only allowed certain lifts in certain areas of the warehouse, this would never have happened. Take forklift safety seriously at your workplace, and always check for areas of improvement and things you may be doing wrong currently.

Again, this forklift safety performance brings down the house. There are two problems I see taking place. Number one is the fact that the driver was trying to squeeze through a hole he couldn’t fit through. That’s always a bad idea. Number two is the fact that these shelves gave way entirely too easily. The driver wasn’t moving at speed and one minor bump sent the whole wall crashing down. That means that the supports weren’t screwed into the ground, and there probably weren’t rack guards and leg protectors in place to help prevent an incident like this from occurring. If the company had a good, sound, well-thought out safety policy in place, they wouldn’t have lost the product on these shelves. If they had a good safety training program in place for training lift truck drivers, this also would have had a much smaller chance of occurring.

This one’s not a video, but shows the main cause of forklift fatalities every year – crushing during a rollover. When forklifts roll, people often think they can quickly escape because the lift is tipping so slowly. What many don’t take into consideration is that due to the weight distribution of a forklift, the rollover motion is slow at first, but as soon as the counterweights begin to tip, the lift slams down like a whip. Each weight in a forklift is thousands of pounds, so once they gain momentum, they fall fast. Forklift driver cages are built as protective barriers from falling debris, and as roll cages for rollovers. The best thing a driver can do during one of these incidents is to grab hold of the handle and ride it out. If more drivers were properly trained on forklift safety, these deaths would occur far less frequently. Seeing as how this type of death is the number one cause of forklift fatalities, you’d be correct in believing that there needs to be more done about training employees to safely operate and handle any circumstances that driving a forklift can produce.

Here at Loyaltyworks we provide safety incentive programs that help train and incent your employees to operate safely in the workplace. Our programs not only help train employees on safe behavior, but they also let you bring your employees, who work on the ground floor of your operation every day, into the process of making the workplace safer. If anyone is going to see situation that could be potentially unsafe, it’s your employees. Call us today at 1-800-844-5000 to find out more about how one of our safety incentive programs could help ensure that incidents like these never happen in your workplace.

This content has been marked as final.  Show 0 replies

Join our small community for expert insights, insider tips, and the industry knowledge you need to see your small business grow.

Get Started Become A Member

Now that you’re a member of the community, spice up your profile by adding photos, a custom avatar, information about your small busines, and much more.

There are no recent discussions

Take part in the conversation and post your own question to the community.

Please login or become a member to participate
Close

Most of the time, you just want to find content that has a particular phrase. Here are the easiest ways to find the content you want.

Close
We would appreciate having your voice in the Small Business Community.  You can participate in a number of ways.